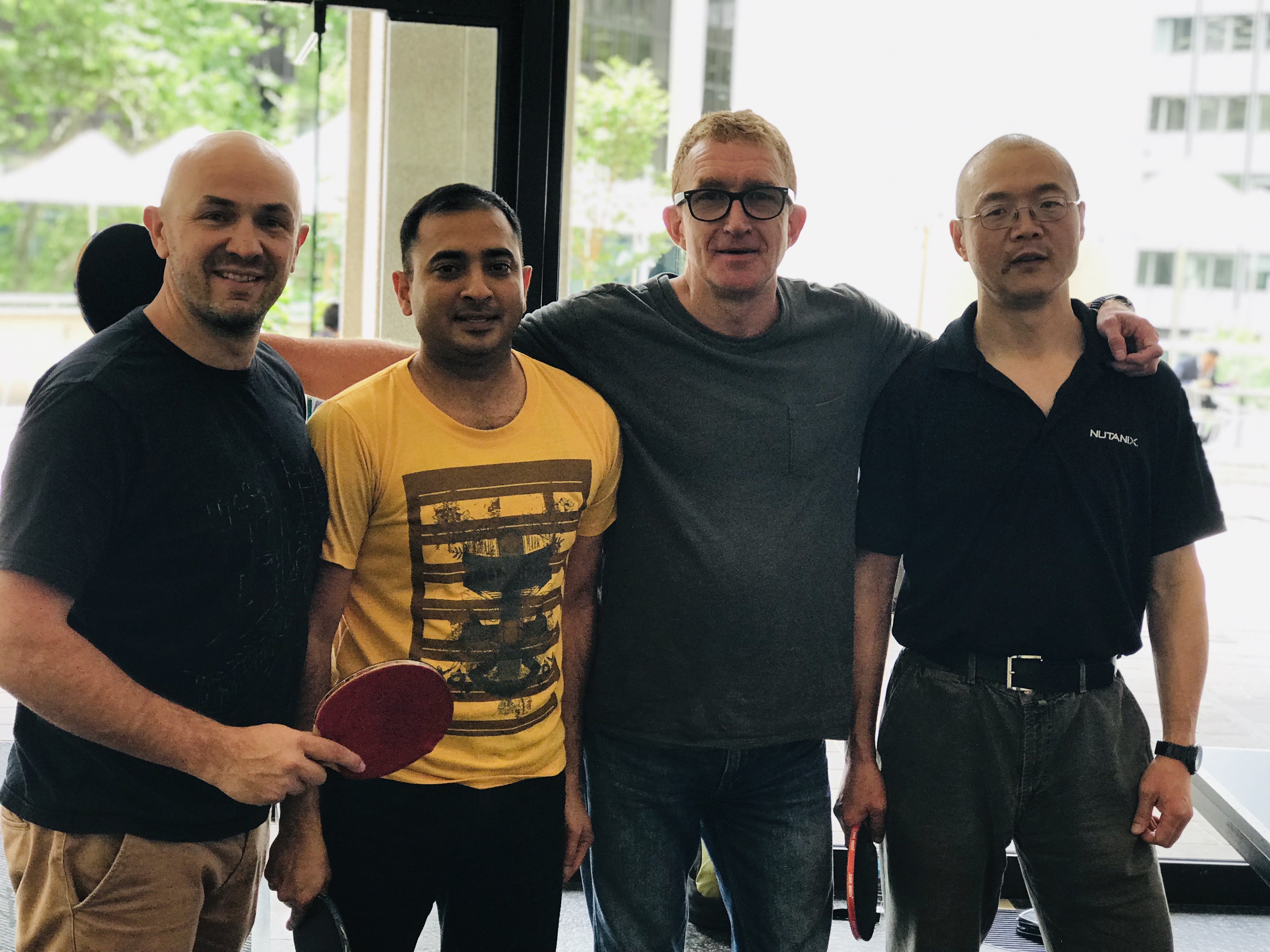 Myself and Sai played solid table tennis to get ourselves into the final. Along the way beating Xian and his mate (forgot his name). Both very good players. I think we became a little complacent after that, and just fell in the final. The final was against Sam (good forehand) and his partner, solid player. We had afew match points but the guy serving pulled out his big gun spinny serve. We struggled with that and they crept over the line. Still, we should have won. Amazing the pressure of a game situation, people watching. Fair to say myself and Sai were playing under par. We gave everything in the semi and ran out of steam a little.

I have been playing Table Tennis since an early age. My father David was my inspiration and introduced me to the sport. He played at a high level, and never gave me much of a chance during our games at the local leisure center. I reckon I can beat him now. Like my Dad, my favourite shot is the backhand flick - which is where I get the nickname 'mattflix' from. I play at my local club, Peter Masen Table Tennis Academy in Maroubra. My challenge is, as always, to improve the all important forehand.