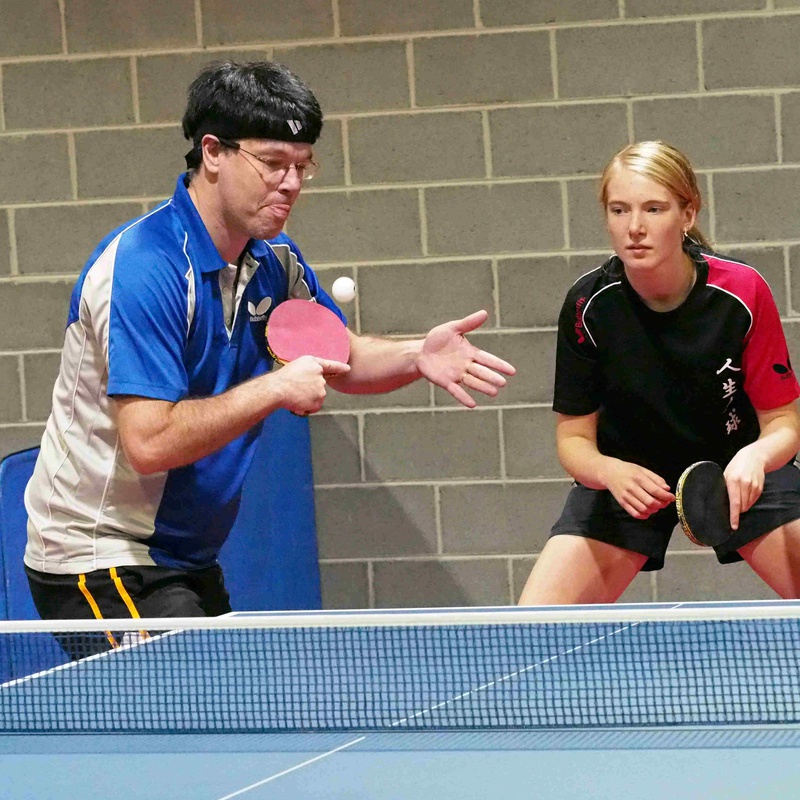 History Clubs playing in a Hobart social and business house roster formed an association in 1935. It was formalised as the Tasmanian Table Tennis Association in 1936. In the early years, clubs including Wellington, Liberals, Wivenhoe and University played in various venues such as St James (New Town), Sandy Bay Rowing Club, the Postal Institute and the Working Men's Club. In 1959 operations were centralised in a bitumen floored upstairs former warehouse at the corner of Collins and Campbell streets.

Despite the conditions, up to 56 senior teams and over 100 school teams were accommodated weekly in this central location. The STTTA moved to the Kingborough Sports Centre (KSC) which included a dedicated table tennis stadium with 10 tables in 1979. Numbers initially dropped with the move south. However, in recent years, numbers have grown to around 285 members as the Kingborough Municipality expands and as players are drawn from many suburbs around Hobart. Using the newly expanded facilities, the Kingborough Sports Centre can now easily cater for Australian Championship events.

Rosters The STTTA operates rosters and schools programs for adults and juniors, three times each year. They cater for players of all ages and abilities. Schools Program - Monday evenings during term for students grades 3-10 Senior Roster - Tuesday nights for all ages Veterans Roster - Wednesday nights for those aged 30 and over Casual play The table tennis stadium is usually available for casual use whenever the Kingborough Sports Centre is open, except when official events such as Rosters or Championships are being run. Members of the public can practise, but need to book a court at the KSC front counter.

Members with pre-paid Practice Passes do not have to pay a session fee but need to show their pass at the KSC counter and have their name and pass number recorded before starting. The STTTA runs casual practice sessions between 9.30 am and 12.30 pm on Monday and Friday mornings and between 2 pm and 5 pm on Sunday afternoons, which are very popular with members. See other options under coaching and social. Clean, non-marking shoes are required at all times to prevent damage to the Taraflex playing surface. Social evenings Each year there are social nights during the summer school holidays. Players of all ages and standards are welcome. Players do not need to be STTTA members.

How to find us